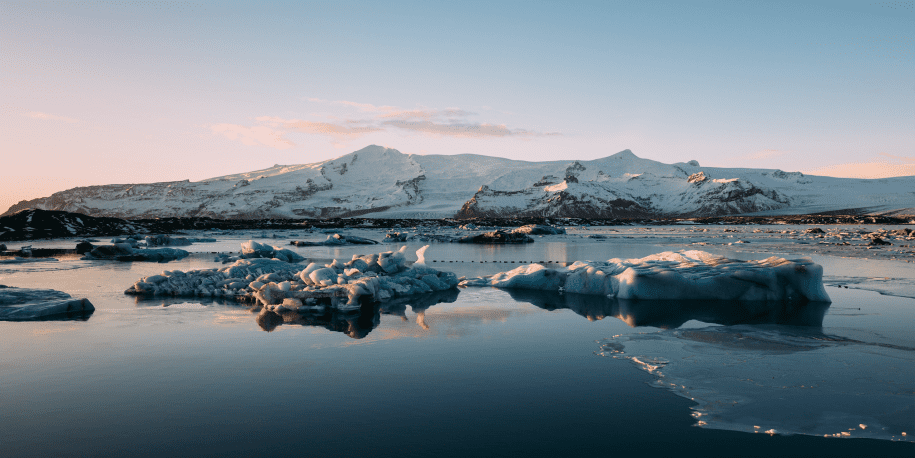 The History of Transport Refrigeration 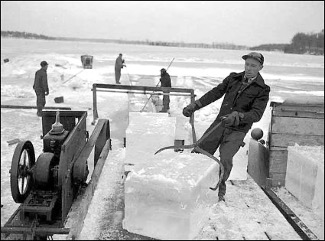 It began during the industrial revolution when transporting perishable food from rural farms to distant urban markets by train required refrigeration to prevent spoilage. The answer came in the form of block ice which was carved out of frozen lakes. Each year, huge quantities of lake ice were harvested during the winter months and stored in sawdust-insulated ice houses for later use in railcars during Spring and Summer.

“Icing the railcar” was a best practice until the mid-20th century when mechanical refrigerators became an acceptable alternative in transport applications. The earliest ice-refrigerated cars appeared in the 1800s. At one point, the Pacific Fruit Express Company, which was jointly owned by the Union Pacific, Southern Pacific and Western Pacific Railroad companies, operated 40,000 ice-railcars, 20 ice plants and five maintenance facilities. 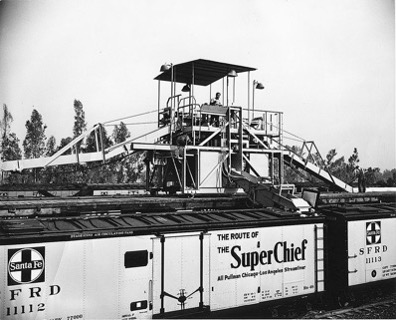 The first patented ‘reefer’ railcar was developed in 1867 by J.B. Sutherland in Detroit. It used one kind or another of natural insulation – matted cow or horsehair, sawdust and even soil. Sutherland also tried to control the air flow inside the railcar to maintain even temperature distribution. Railroad companies are famously conservative, and Sutherland’s invention didn’t gain traction for quite some time. Railroaders felt the cost didn’t justify the benefit. Reefer cars were considered one-trick ponies and until food producers, meatpackers and fruit farmers built their own private fleets of insulated reefer-cars and ice houses. 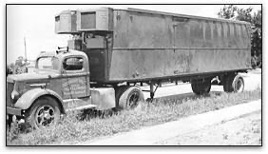 At its peak in the 1930s, the refrigerated railcar fleet topped 183,000 units but declined thereafter due in part to the poor service quality. The rail companies’ aversion to technological innovation led to entire trainloads of perishable freight spoiling on the country’s rail sidings. By the ‘50s, as consumer acceptance of pre-processed frozen food became more widespread the switch from rail to truck became a business imperative. TV dinners simply had to remain frozen to be safely eaten. The first mechanical-reefer using a small gasoline engine to power the refrigerator was developed for the US Army by Fred Jones during WWII. It wasn’t long before the gas engines were replaced by diesel-powered engines to drive alternators and generate electricity to run the refrigerator.

Fred Jones, a self-taught auto-mechanic and inventor, patented the ‘modern’ transport reefer in 1940. A mechanical-reefer is essentially an air conditioner equipped with a small engine to drive a compressor that circulates a synthetic refrigerant from a condenser to an evaporator where it cools and absorbs heat from the air being forced across it by fans within the load space. This reefer requires fuel and regular maintenance to operate properly, and is designed to maintain temperature, not to change temperature. There isn’t a transport reefer on the planet that can do that. Fred Jones went on to found Thermo King Corporation, a global supplier of transport refrigeration equipment with 2020 revenue of USD$766.8 Million. 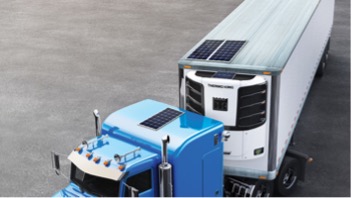 Despite improvements to reefer technology over the years, shipping perishable freight remains a challenging business. Carrying products that have different temperature requirements in the same truck is risky. Keeping the ice cream frozen without damaging the lettuce or bean sprouts is difficult, requiring all kinds of costly work arounds. Doing so safely, consistently and affordably in variable scheduling, geographic and seasonal conditions is almost impossible. For those reasons, many trucking companies avoid booking business that involves refrigerated freight. That’s why we invented SnowSHIPTM.

The New Era of Refrigerated Transportation 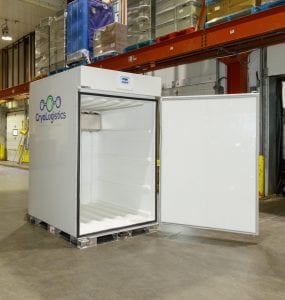 SnowSHIP is an autonomous pallet container designed to transport and temporarily store temperature-sensitive goods. It allows cold chain companies to optimize their equipment, simplify their transportation routes and schedules, improve temperature integrity and load security, eliminate the need for cold walls and other insulative materials, eliminate product waste caused by spoilage and reduce their greenhouse gas emissions. SnowSHIP enables shippers to utilize logistics carriers that do not operate reefer equipment while maintaining strict temperature integrity. SnowSHIP performs at its best when pre-conditioned to the required set point temperature, either in a cold storage facility or by running the unit before loading the goods for shipment. SnowSHIP is NOT intended for use as a chiller/freezer to lower the temperature of goods either before or during shipment. The SnowSHIP IoT-enabled digital control software monitors an array of temperature sensors and other data points in the unit to track movement, door openings and location, manage the flow of LCO2 to the heat exchanger, and log and communicate performance data via cellular backhaul to a dashboard for the operator and other approved users.

Want to try SnowSHIP in your operation? Contact CryoLogistics for a complimentary field demo.