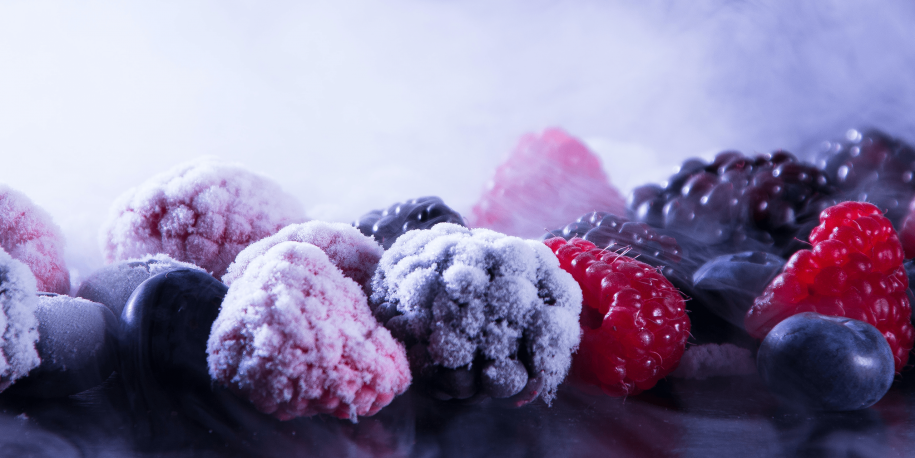 The History of Dry Ice

Dry ice is commonly used in the world of logistics but do you know how dry ice came to be? The origins, as with lots of scientific discoveries, stem from an accident.

The following excerpt is taken from Dry Ice Info:

It is generally accepted that French chemist, Thilorier was the first to record the appearance of solid CO2 – dry ice. In 1835 he opened a cylinder with a large amount of liquid carbon dioxide to observe it in liquid form. Enough of it evaporated to leave a solid dry ice block at the bottom of the container.

For the next 60 years it was observed in university labs but not used for any practical applications. Even today anyone can take a metal cylinder of liquid CO2 (like a CO2 fire extinguisher) open the valve and observe the escaping gas cloud with part of it turning into dry ice snowflakes.

In 1897, a patent was granted in England to Herbert Samuel Elworthy, a doctor in the British Army Medical Corps for solidification of carbon dioxide. His purpose was to make soda water to mix with his whisky. Liquid CO2 worked fine but the metal cylinder bottles were too heavy to take on excursions. A 100 pound cylinder carried only 50 pounds of CO2. He preferred to make solid dry ice for his soda water. Unfortunately the dry ice didn’t last long as it sublimated into gas before it could all be used. Thereafter, few used dry ice for this patented purpose. From time to time a few doctors used dry ice to remove warts.

The first commercial use for dry ice in the United States started in 1925 by Prest Air Devices, a company formed in Long Island City, New York in 1923. Prest Air Devices made the first CO2 fire extinguisher and tried many other uses for compressed CO2 such as a tire pump, powering grease guns and making soda water in the home. Only the fire extinguisher worked well enough to successfully market. Prest Air Devices made solid dry ice for demonstration purposes, and in 1924 they tried to sell dry ice to the railroad companies to use for cooling in place of ice. Dry ice has twice the cooling power as water ice so it would be a far more efficient. Based upon the potential rail road business, a dry ice production plant was constructed in 1925. The successful Prest Air Devices were sold off and the company was incorporated as DryIce Corporation of America, who trademarked the name DryIce. They tried to patent dry ice again, but were successfully challenged and turned down by the U.S. Supreme Court.

The first test of dry ice for railroad cars by DryIce Corporation was successful and by 1932 there were twelve cars insulated properly to handle dry ice. There were also about eighty cars built with mechanical refrigeration using a silica gel, and 180,000 railroad cars designed to use regular ice for refrigerated goods. The railroads invested and sometimes owned many water ice plants on their property. Unfortunately for the early dry ice producers, mechanical refrigeration won out for the railroad car business, but some railroad cars today in 2004 still use regular water ice to cool carrots shipped from California.

In the beginning of 1925 DryIce Corporation of America was producing dry ice without any customers. Their first customer in 1926 was Schraff’s Stores – a confectionary store that sold Eskimo Pie ice cream as well as other items. Schraff’s were experimenting with packaging to keep the ice-cream cold so a customer could eat it at home instead of at the store. Dry ice was the solution. Before dry ice, salt was added to water and then frozen. This colder “brine ice” would keep ice cream frozen as it was distributed to the retail stores. The melting brine ice was corrosive, wet and heavy. Dry ice became the ideal solution and by 1927 many ice cream manufacturers including Breyers Ice Cream were using DryIce Corporation of America’s to ship and store their ice cream.

DryIce Corporation of America teamed up with Liquid Carbonic in 1929 to build 17 dry ice manufacturing plants across the US including Los Angeles, California. Before the plants were finished, DryIce Corporation and Liquid Carbonic dissolved their agreement and went their separate ways becoming competitors. Birdseye Frozen Foods started in 1931 and immediately used dry ice for transporting their samples to promote their products. By 1932, with six or seven other manufacturers of dry ice, the estimated US production was 120,000,000 pounds.

Today there are thousand of dry ice producers all around the world. Many sell to the public, but many also manufacture dry ice for their own use such as Disney Land.

Dry ice is still commonly used in the transportation sector however it is costly, sublimates (evaporates) consistently so it can’t be ‘turned off’ and in some regions, hard to come by. At CryoLogistics’ we saw an opportunity to capitalize on the power of dry ice and modernize it to reinvent the cold chain. You can learn more, HERE.