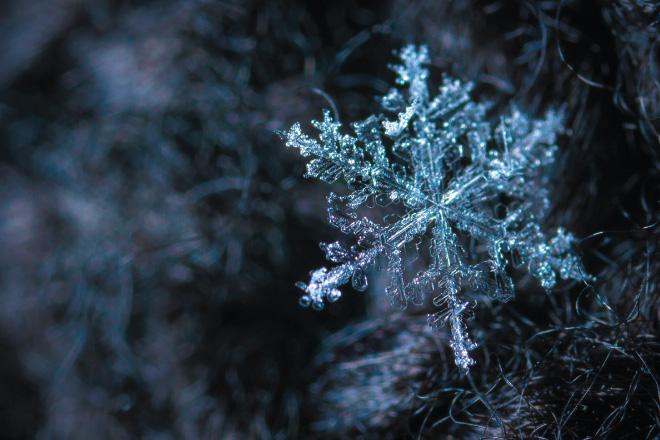 What is Thermodynamics? A Simple Guide to Complicated Science

Thermodynamics is a branch of physics that describes the flow of heat (also known as thermal energy). The flow of heat is caused by temperature differences between two or more objects. When there is a temperature difference between two objects that are close to each other, heat will flow from the warmer object to the cooler object. This transfer of thermal energy is known as a heat exchange.

The rate at which the heat exchange takes place depends greatly on the materials through which the thermal energy is moving. For example, using the image of the pot on the stove: pots made of different metals, pots filled with different liquids, or a gas burner instead of an electric burner would all greatly impact the exchange.

What are the Cooling Properties of Carbon Dioxide (CO2)?

Carbon dioxide is a naturally occurring gas created as a by-product of geysers, hot springs and even volcanoes. In addition to the natural production of carbon dioxide, humans generate CO2 from a variety of manufacturing and production processes. CO2 has been repurposed for over a hundred years in all sorts of ways, including carbonating beverages—if you have a SodaStream in your kitchen, you’ll know all about this. However, that is just the start. 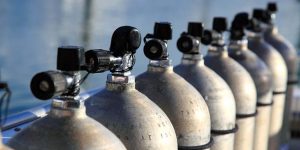 Carbon dioxide is pretty dynamic. It can exist as a gas, as a liquid and as a solid. CO2 is primarily stored as a liquid in pressurized canisters (~ 800 pounds per square inch (psi)). By releasing pressure, the CO2 changes form and simultaneously becomes a gas and a solid. This solid form you may know as dry ice. Dry ice is cold. -78.6°C to be precise. This transfer of CO2 from liquid to gas to solid is precisely the process that SnowSHIP™ uses to facilitate a heat exchange in the unit and keep loads at the desired set point temperature.

The Thermodynamics of the SnowSHIP™ 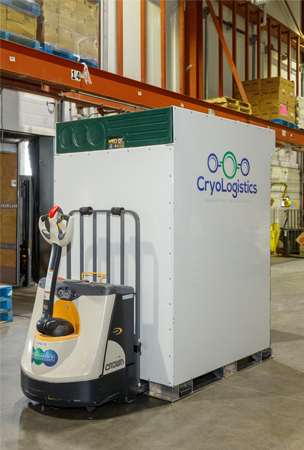 The SnowSHIP comprises three primary components, each designed with thermodynamics in mind. The SnowSHIP technology is equipped with vacuum insulation panels and a liquid carbon dioxide cooling system to counter the effects of conductive and convective heat exchanges. Together, they slow, absorb and dissipate heat energy that conducts through the outer surfaces of the SnowSHIP and heat energy that convects through the air when the door is opened. That’s how the goods inside the SnowSHIP remain at their proper temperature, even on a hot day. Let’s explore each component in greater detail.

The SnowSHIP itself is a temperature-controlled shipping container with outer and inner walls separated by vacuum-insulated panels. Because we want to keep loads cold, we want to minimize the potential of heat from the outside environment getting into the SnowSHIP. By having a dual-walled SnowSHIP with a gap that is filled with vacuum-insulated panels, we can remove conduction and convection as a method of heat exchange between the outside environment and the inside of the SnowSHIP. This works much in the same way as your thermos keeping your coffee warm.

Want to try a SnowSHIP™ in your operation? Click to learn about our FREE Field Trial program

The SnowSHIP is equipped with a proprietary heat exchanger. The heat exchanger uses liquid carbon dioxide to intercept and absorb heat energy that is conducting through the walls, floor and roof, and convecting inside the load space.  When liquid carbon dioxide is injected into the heat exchanger, it converts simultaneously to a solid-state (dry ice) and gas at a very cold temperature, absorbing and dispelling heat through a process called sublimation, to the external atmosphere. There is no contact between the CO2 and the goods inside the load space. 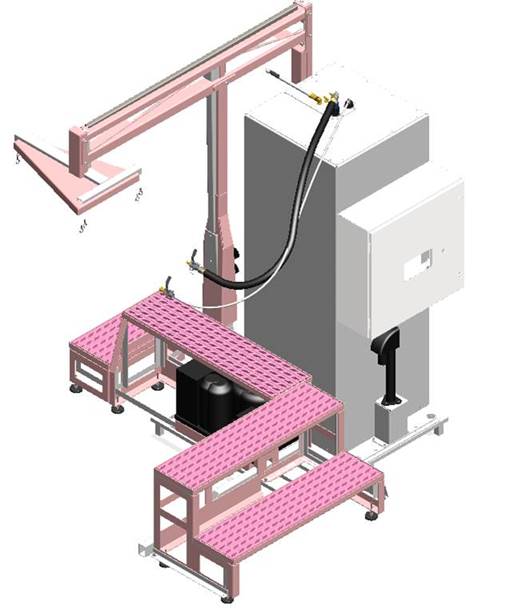 If the SnowSHIP is a vehicle, CryoLogistics’s proprietary FastFILL™ replenishment system is the gas station. The FastFILL system recovers residual/unused liquid CO2 from the SnowSHIP, cools it, recompresses it back into liquid form, and then combines it with additional liquid CO2 from the on-site, stationary bulk tank to refill the SnowSHIP. This process ensures that there is zero wasted carbon dioxide and zero emissions at the point of refueling. The SnowSHIP is now back to full and ready for its next run.

In conclusion, CryoLogistics has harnessed the three principles of heat transfer—conduction, convection and radiation—in the revolutionary SnowSHIP. By working with these fundamentals of physics as we designed SnowSHIP, we have been able to create a robust, temperature-controlled shipping unit unlike any other solution in the market.